Aesthetics/Politics of Republic TV and the Toyota AE86 Trueno

A few months ago, in June 2020, a very popular Bollywood film actor, Sushant Singh Rajput died by suicide in his flat in Mumbai, most likely due to severe depression. It’s a tragic tale for someone who came from a middle class background, and made it all the way to the upper echelons of the film industry. Although he was widely revered, his death stirred up a frenzy not seen before. Right in the middle of the pandemic, with a lockdown in place, large parts of India erupted in anger, demanding justice and accountability. This outrage was largely driven by television news channels, chief among them Republic TV Network and Times Now. They capitalised on the death of Sushant, performing ‘sting’ operations, harassing his friends and flatmates, and creating content which fed the anger and disbelief. For a few months, it was impossible to escape the media blitz. There was barely any mention of the pandemic, the government response, the crumbling economy, or the unemployment. News ceased to exist on the television, with news and media outlets riding the wave of outrage to better ratings and increased viewership.

Social media was dominated by this news cycle, which was kept alive by alleged witnesses, testimonials, commentators, and further incited by news anchors. The government supported this news onslaught by using state machinery and judiciary to assist with the investigation of the case, in an attempt to find a perpetrator where there was none. After all was said and done, Sushant’s girlfriend was sent to jail for possession of ~50gm of marijuana. Republic TV and Times Now continued to fuel the fury by attempting to indict other Bollywood actors in a so-called drug ring. The government duly obliged, by calling in the named actors in for interrogation, no doubt pleased with the diversion of attention.

All through this, people who were in search of justice, who identified themselves as SSRWarriors, became ardent supporters of Republic TV, and their brash editor-in-chief and ranchor, Arnab Goswamy. Arnab was their hero, the only person who saw the ‘truth’, and the one who dared fight for justice when no else would. His distinct style of aggressively shouting on screen, and interrogating guests on his channel become a trademark. Arnab became more than a news anchor, he was a messiah. Everything he said was accepted as the truth, and the SSR Warriors followed what he did. On social media, screenshots of Arnab in action at Republic TV were shared widely, providing a kind of legitimacy to the issue. Republic TV uses large, bold text which takes up more than a fifth of the screen space, often with hashtags, or strongly phrased questions. It was screenshot gold, as it was easily readable, and very simple, crude even. Arnab and Republic TV made it okay to believe so strongly, and participate in this ‘media trial.’ A prime-time news show on TV broadcasting about a single topic 24x7, for months on end is a powerful propaganda tool, and it was a brutally effective distraction from the real issues at hand. The government responding directly to the prompts from Arnab only further cemented the belief that there was justice to be found, and that this was all very real.

I’ve been curious about this phenomenon, and I’ve been thinking about different methods to subvert this movement to bring to light the real issues plaguing India. I created a conflict mapping tool, but I wanted to hijack the medium of sharing screenshots of TV news on social media, and use those images in an attempt to bring to attention the more pressing issues. I downloaded a screenshot of Republic TV, and edited it to make it appear as if Arnab was investigating the PM CARES fund. The PM CARES fund was created by Narendra Modi, the prime minister of India, which collected funds from people and companies alike to fund the response to the COVID-19 pandemic. However, very little is known about the fund, and how it is being used. Repeated RTI requests reveal that it is not a government fund and hence details cannot be revealed, in spite of it being conceptualized by the prime minister. 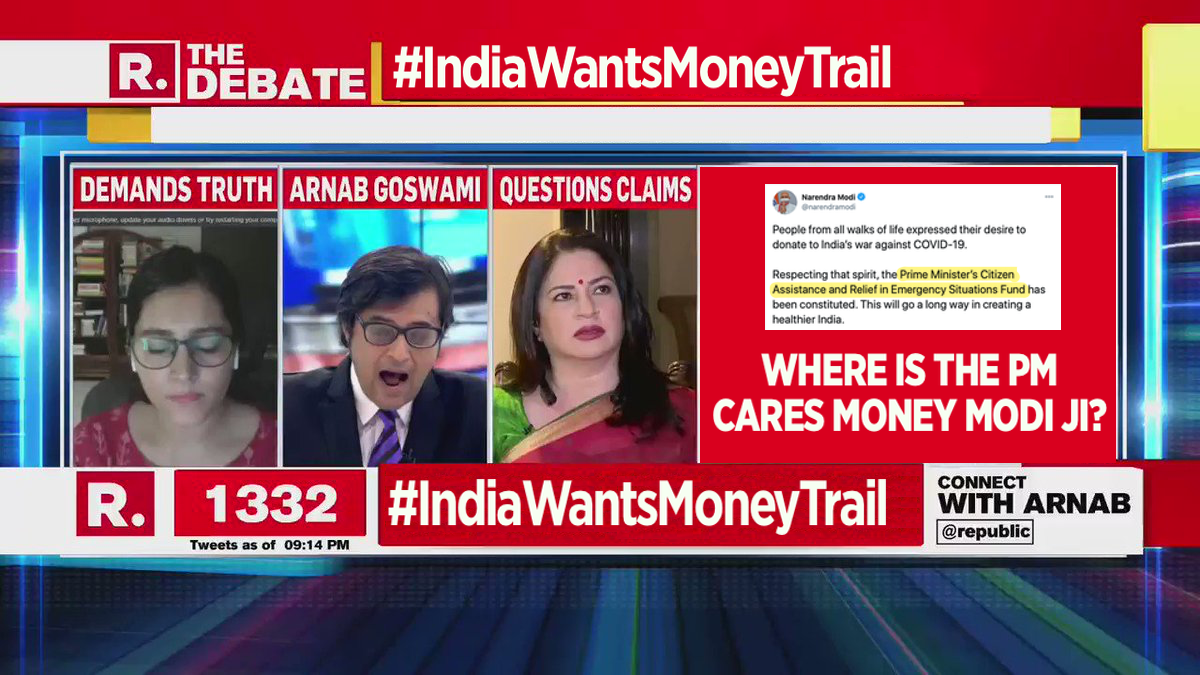 It would be remiss of me to point out that Arnab was a cog in the larger scheme of things, directing the distraction. But now he finds himself at the mercy of the very monster he created. Unfortunately, the irony of this is lost on his zealous followers.

When thinking about craft, I usually tend to focus on creative crafts, often with outputs and tangible results. But there also exists crafts, which we don’t usually consider to be a craft. The craft of driving is one of them. One may drive for thousands, or even millions of hours, yet have nothing to show for it. Most of us aren’t even that good at driving, even after spending so much time performing the activity. Is driving even a craft? There are some parallels between driving and traditional crafts, such as painting or pottery. Both are usually learnt through apprenticeship, and take time to master. The masters of the craft usually go on to make a living from their craft (bus drivers, racing drivers, ceramic designers, potters). Whereas potters usually have something to show for their time and efforts, the activity of driving produces nothing, except perhaps for safer travel, and a lower likelihood of being involved in an incident. I often think about the skills one acquires over years of driving a car, and how it remains unrecognised. We don’t appreciate our own craft of driving since it isn’t considered to be a craft as such.

The rise of fan culture has given rise to many new kinds of mediums, one of them being fancams. Originating from the k-pop fan culture, this short, and fast paced video format usually focuses on a single character, using videos and images with filter overlays. Fancams help with the stanning of a single member from a group, and draws attention to their talents. This particular fancam of an EXID performance catapulted the group into fame, helping revive their flagging career. I’m fascinated by the fancam culture, and so I created a fancam of….driving. I used an old video game which has normal looking cars, and normal looking city maps to create the video, and used a few filters to enhance certain sections of the clip to create a fancam of driving. Fancam making is an entire craft unto itself, and it’s interesting to see different variations of the medium.

I’ve also been thinking about how certain crafts such as hand drawn artwork and animation are being fetishised and used as a tactic to communicate certain messaging to make it more believable or legitimate. This can be seen in the branding of certain activities of large corporations looking to get buy-in from the community, or push across a certain altered image of themselves. In a strange and twisted way, I see a fancam of driving around as a response to the exoticisation of certain mediums and forms of craft.

(The video contains certain elements which are well known in the automotive world. The car is a Toyota AE86, which shot to stardom as the main character of the anime ‘Initial D’. The environment, or piece of road the car drives on is a replica of the Monaco Grand Prix, a popular Formula 1 race track. A commentary on the exoticisation of other crafts by using exoticised elements from the automotive world.)